A.M.A. Recognises Obesity as a Disease

A.M.A. Recognises Obesity as a Disease 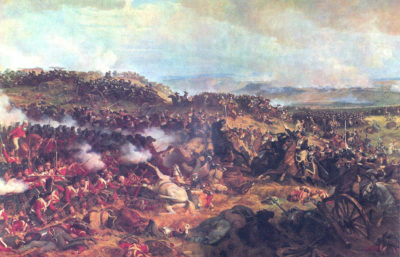 In one of the most important recent milestones in the battle against the obesity pandemic, the American Medical Association has officially recognised obesity as a disease on the 18th June 2013 – “requiring a range of medical interventions to advance obesity treatment and prevention”.

This, in my opinion, is like winning the Battle of Waterloo against this modern pandemic in two fronts – that in the medical front, and that in the insurance front.

A formal recognition of obesity as a disease, rather than a lifestyle or self-deserved problem, helps to change the way the larger medical community handles it treatment.  It is no longer sufficient for a well-informed doctor to brush aside the weighty issues of a patient, nor to simple advise “eat less, exercise more”, without going into specific know-hows.  This will help pave the roads in the fight against type II diabetes, metabolic syndrome and heart disease.

While insurance claims for metabolic surgery is frequently successful within the appropriate contexts coupled with sound medical justifications, a large part of obesity surgery has been turned a blind eye by insurance companies, despite obesity being the most obvious and glaring of medical conditions.  This landmark conclusion has had its smaller victories previously, with the Internal Revenue Service (in the U.S.A.) allowing tax deductions for obesity, and the Medicare removing a statement from its coverage manual in 2004, that obesity was not a disease.

There have indeed been good studies on the economic impact of bariatric surgery in the U.S.A., which document the break-even time (or “return-of-investment”) of procedures to be as short as 2 years.  I will expound further on these in another update, but it is the simple weighing of the costs of surgery versus the costs of being obese (medical treatment for related disorders, time lost from work and shortened lifespan), which have yet to be picked up by insurance agencies.

Hopefully, this latest statement lays yet another foundation, paving the way for a wider insurance coverage for patients seeking medical treatment for obesity and obesity-related conditions.